~BIOGRAPHY~
Aeonless has been found in July of 2013 by
– Georgi Georgiev: guitar, bass (Exile, Calth, Forgotten Forests, Raggradarh, etc.) and
– Jori Hautala: vocals, synth (Initiaatio, Northern Deathstyle, Suokulkija, etc.)
The band creates music which can be related to Black/Doom, Atmospheric and Depressive Black Metal.
The origin of the band is Europe – Finland and Bulgaria.
At the same month was recorded the promo track “Death… Inside of Me” and the recording sessions of the debut full-lenght album have began as well.
All the music was written by Georgi, all lyrics were written by Jori.
The first full-lenght album ‘Underearth Horizons” was released in January 15, 2014 on CD,
limited edition to 500 copies by the labels Vacula Productions (Ukraine) and Wolfmond Production (Germany).
The debut contains 18 tracks and more than 77 minutes of music. In 2015 the band recorded 10 new songs for its self-titled second album. The musical direction could be described as Black/Doom Metal with Heavy Metal touch. All lyrics for this album are in Finnish language. On September 17th, 2016 the self-titled album “Aeonless” was out. Acclaim Records from Bulgaria and Symbol of Domination from Belarus
released the album on a CD, limited to 500 copies with 12 pages colored booklet containing all the lyrics and band photos. In February 2018 the third album “Cosmic Battlefields” is released by Acclaim Records. The CD contains six tracks of Cosmic Atmospheric Black Metal. The songs were recorded in the time frame 2015-2017, in USA, Bulgaria and Finland. 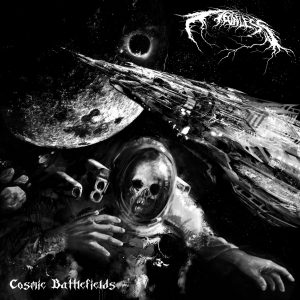 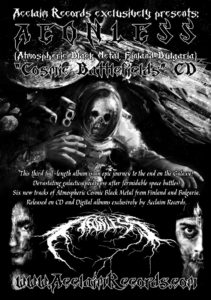 01. Apocalyptic Nightmares
02. Evil Civilizations
03. Our Sun in Agony
04. Battle on the Edge of the Galaxy
05. Cosmic Oceans of Death
06. The Order of Zurr 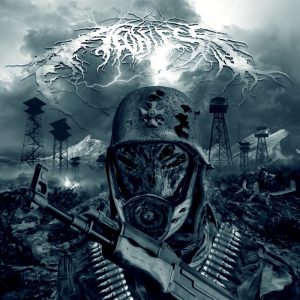 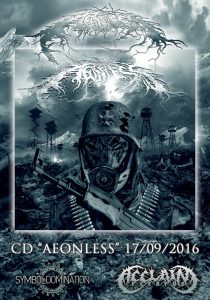 2016 CD limited to 500 copies by Acclaim Records and Symbol of Domination productions. 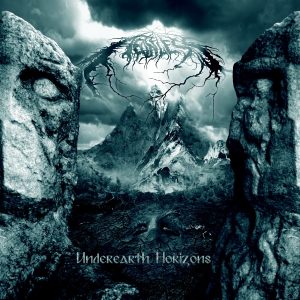 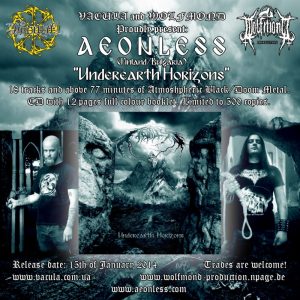 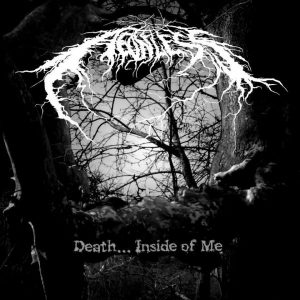